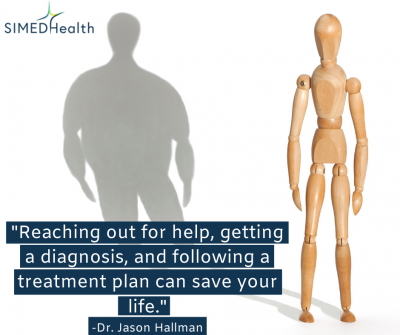 At least 30 million people of all ages and gender suffer from an eating disorder in the United States. February 24th through March 1st is Eating Disorder Awareness Week, a movement that aims to show support for people with eating disorders and raise awareness for the prevalence of these disorders. There are several different types of eating disorders, with the most common being Anorexia, Bulimia, and Binge Eating Disorder. They can affect any age, gender, or social class. However, eating disorders are most likely reported during the adolescent years and into early adulthood. SIMEDHealth's Digestive Disease Associates gastroenterologist Jason Hallman, MD, discussed with us some of the dangerous effects different eating disorders can have on your body.

What are the different types of eating disorders?

Anorexia Nervosa is the most well-known eating disorder. Dr. Hallman says, "People with anorexia nervosa have a self-perception of being overweight, even if they are severely underweight. They tend to monitor their weight carefully, restrict their intake of calories, and avoid certain types of food. People with anorexia may also have co-existing obsessive-compulsive symptoms. Anorexia nervous can be severely damaging to the body, resulting in thinning of bones, infertility, brittle hair, and nails. Severe cases can result in significant electrolyte imbalances, heart failure, multi-organ failure, and death."

Bulimia Nervosa, like anorexia, develops during adolescence and early adulthood. Dr. Hallman explains, "People with bulimia eat a large amount of food at a time, often feeling as if they cannot stop until it becomes painful to continue. They then purge by forcing themselves to vomit, use laxatives, diuretics, enemas, and/or excessively exercising. Most often, individuals with bulimia maintain average weight, but looks can be deceiving."

Even though we hear a lot about anorexia and bulimia, binge eating disorder (BED) is the most common eating disorder in the United States. BED is very similar to bulimia. People who binge, consume large amounts of food in a short period, but do not empty their stomachs after eating. Extreme depression and guilt are common symptoms for binge eaters. It is common for someone with BED to be overweight but still shows concern for their weight.

Are there any long term effects on the body from having an eating disorder?

Dr. Hallman says, "Any eating disorder affects your body. Lack of appropriate calorie intake and fat consumption can cause dry skin and hair to become brittle and fall out. The body will grow fine, downy hair to conserve warmth during periods of starvation. You may develop anemia and have a decrease in infection-fighting white blood cells."

When there aren't enough calories being taken in, the cardiovascular system will break down tissue to use for fuel. Muscles are some of the first organs broken down, and the heart is a muscle. The use of laxatives and vomiting starves your body of necessary electrolytes.

Normal stomach emptying is disrupted when there is less food in the stomach, or it is purged by vomiting. "Slowed digestion and intake of nutrients can lead to stomach pain, bloating, nausea, and vomiting. Other symptoms include blood sugar fluctuations, sore throat, and hoarseness from vomiting, as well as intestinal obstructions and a ruptured stomach," says Dr. Hallman.

"The brain uses up to one-fifth of the body's calories, and it is affected when it does not receive the energy it needs. Extreme hunger or fullness at bedtime can disturb sleep. If the brain and blood vessels cannot function properly, then impaired thought process, dizziness, or fainting can occur."

What can someone with an eating disorder do to overcome it?

Dr. Hallman recommends, "Reaching out for help, getting a diagnosis, and following a treatment plan can save your life. This treatment plan should include a combination of psychologic and nutritional counseling, along with medical and psychiatric monitoring. With treatment, people with long-standing eating disorders can and do recover."

What's the Deal with Detoxing? 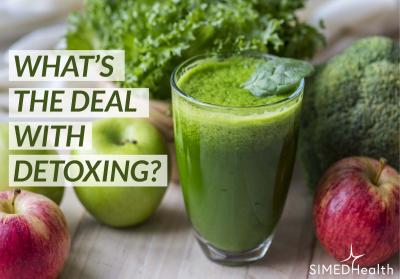 Each summer, we all start to hear about the latest tends on how to get that great summer body. Quick and easy ways to lose weight are plastered all over magazines and television. One of the most popular annual trends is detoxing.

Detox drinks/teas such as a mix of apple cider vinegar, turmeric, lemon or other ingredients are said to help us get rid of unwanted fat; regulate blood sugar, speed up our metabolism and more. Fitness experts and celebrities alike swear by these detox cleanses. So, what’s the deal? Does detoxing work?

According to Dr. Thomas Beers of SIMEDHealth Digestive Disease Associates, the evidence just isn’t there. The definition of a toxin is: a poisonous substance, esp. one that is produced by bacteria and causes disease. However, this definition (observed by medical professionals) is unrelated to the definition used by weight loss companies to sell products.

As Dr. Beers said, “There is no proven benefit to any ‘detox’ agent and no proven weight loss benefit.”

More often than not, digestive issues such as reflux, diarrhea and constipation are too complex to be treated with a cleanse or detox agent. The same can be said for weight loss. Each person’s metabolism and body is different. In order to lose weight, you and your doctor should come up with a plan that works for you, rather than relying on trends.

What Dr. Beers does recommend?

“Eat a balanced diet of fruit and vegetables in moderate portions. Don’t eat before bedtime. Don’t drink excessively and don’t smoke tobacco at all,” he said. “Since there are no proven health benefits, I would not recommend it.  Be especially careful regarding spending your money.  They can harm your pocketbook.  A walk outside in the park (early or late in the day this time of year) would be of greater digestive health benefit,”

Having digestive troubles? Click here to learn more about SIMEDHealth DDA can help you. 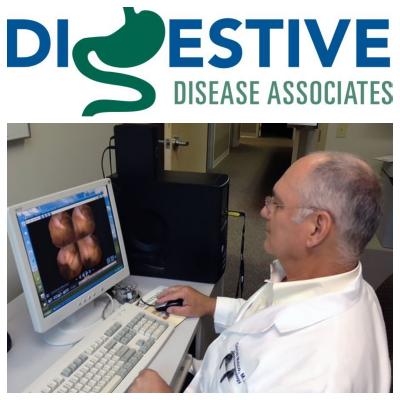 Digestive Disease Associates has been caring for North Florida patients for more than 38 years. With twelve physicians, a pathologist, nurse practitioners, and physician assistants, DDA is well equipped to help with all your gastrointestinal health needs.

The physicians are board certified in gastroenterology and treat all GI cases. Many of the physicians have special interest areas such as therapeutic endoscopy, pancreatobiliary disease, Crohn’s disease, fecal incontinence, hepatitis and liver disease.  Browse through their website for more information.

To ensure you get the personalized care you deserve, each physician has a team of staff that will familiarize themselves with your case and offer you the best service possible.

DDA recently introduced FibroScan equipment to the office to offer cutting edge evaluations of the liver.

DDA is located in the North Florida Regional Medical plaza on the third floor of the Medical Arts Building at 6400 Newberry Road, Suite 302. DDA is open from 8 a.m. to 5 p.m. Monday through Friday. DDA accepts all major insurance plans. Your patient information for DDA and SIMED will be easily accessible to both facilities for more streamlined service. 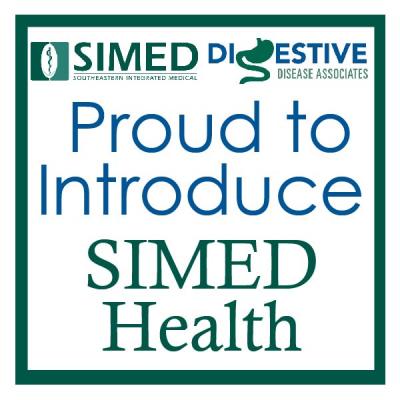 Southeastern Integrated Medical has exciting news for you about our future.

SIMED and Digestive Disease Associates of North Florida Inc. (“DDA”) will combine practices to create a new multi-specialty health system. The new health system, SIMED Health, LLC, will bring our efforts together and strengthen our ability to provide patients with quality, cost-effective healthcare.

Benefits to Patients of the New Healthcare System

1.Same Great Experience You Expect
The immediate impact will be minimal for our patients. You should expect the same great experiences you have become comfortable with at SIMED and DDA to continue under SIMED Health. The staff, physicians, and locations will all stay the same.

2. Electronic Records & Connectivity
Your medical records will remain in the same secure location. However, over time, electronic connectivity between the different locations will develop and enhance the efficiency with which your healthcare provider obtains your information.

3. Improvement in Healthcare Experience
By combining resources, SIMED Health will have unparalleled data analysis capabilities. Using data, SIMED Health physicians will have access to resources only available to larger practices. They will be able to examine how to deliver efficient, effective healthcare to you focusing on your experiences and improved outcomes.

Benefits to the Communities of the New Healthcare System

1. Higher Quality of Care
Based on peer review statistics from the region, SIMED physicians score in the highest percentiles on quality metrics. This means SIMED patients are more likely to receive care that achieves their desired results. The same statistics also show that the SIMED patient’s total cost of care is lower than average. We all benefit from bringing the knowledge SIMED has acquired over years of achieving these results to other physicians in our communities.

3. Lower the Cost of Health Care
When healthcare is attached to a hospital system, the cost increases dramatically. It is everyone’s responsibility to try to lower the total cost of healthcare, and we take that responsibility seriously. We understand that for many patients, the out-of-pocket healthcare expenses are skyrocketing.

1. Sustained Relevance
The topics mentioned above provide a secure foundation upon which our healthcare system will remain a viable, relevant system for the indefinite future.

2. Greater Opportunities
By increasing our employee numbers, we anticipate enhanced benefit packages and the ability to further amplify our staff and manager development programs.

We are so excited to involve everyone in this new venture. Please continue to check back for updates.