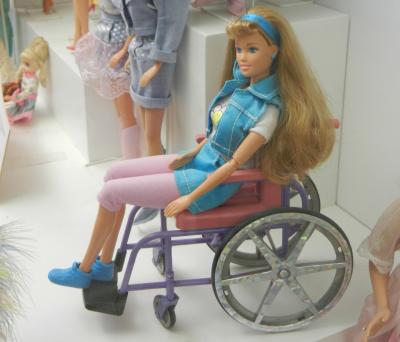 What is Spinal Muscular Atrophy (SMA)?

SMA is a genetic condition in which the nerve cells in the spinal cord that control the muscles in our body are damaged. As a result, the muscles become weaker and can waste away.
SMA is most commonly caused by a mutation in a gene on chromosome 5. There are several different variants of the disease. The severity of the disease can range from early childhood death to mild impairment in adulthood. 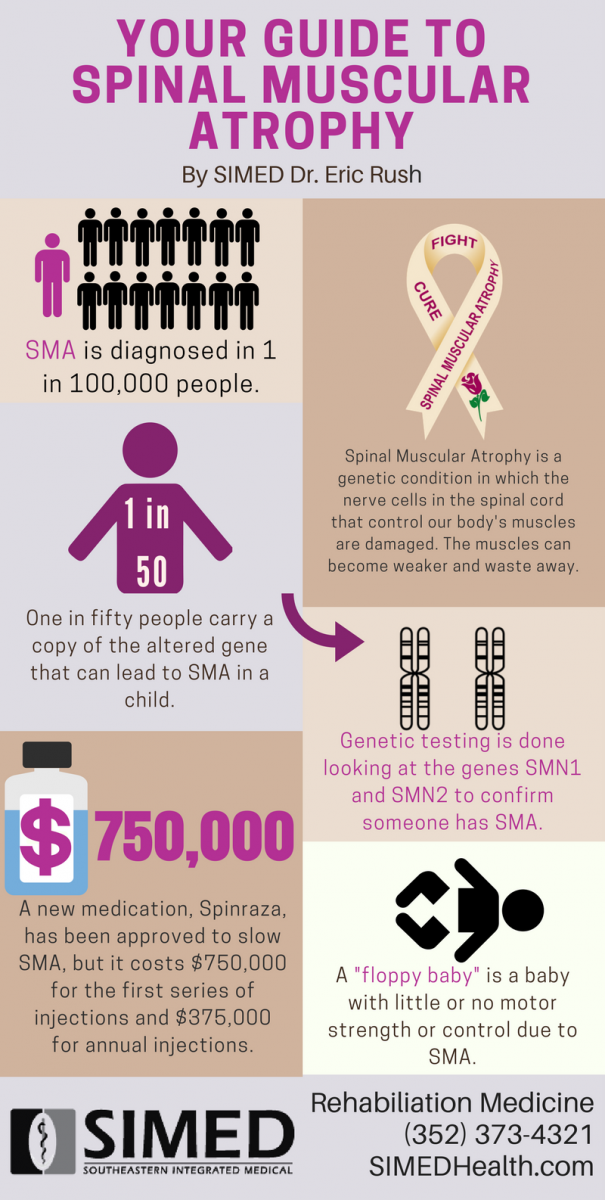 How is Spinal Muscular Atrophy recognizable in infants?

SMA is most often diagnosed in childhood when a child fails to meet normal physical milestones.
More severe forms of SMA in infancy will present as a “floppy baby.” An infant with this form of SMA has little to no motor strength or control from a very young age. It can be difficult to feed the baby from a bottle or the breast and to feed the baby solids. The child might be unable to sit or remain sitting for a period of time and may have difficulty walking. Usually, the child’s hands and arms become weaker before other muscles are affected.

What are symptoms of more mild forms of SMA?

SMA can be recognized in its milder forms when children show difficulty climbing stairs or fall frequently.

How is SMA diagnosed?

Genetic testing looking at the genes SMN1 and SMN2 is done to confirm someone has SMA. Tests done prior to a baby’s birth can also screen for SMA.

SMA requires a defective gene from both parents to show up in the child and is known as an autosomal recessive genetic disease. It is caused by a mutation in the SMN genes on chromosome 5.
One in fifty people carry a copy of the altered gene that can lead to SMA in a child.

How is SMA treated?

Preventing further issues and deformities resulting from muscular weakness has been one of the best treatments. Doctors also treat breathing difficulty and pain resulting from SMA.
There is currently a new medication on the market called Spinraza (nusinersen) that has recently been approved by the FDA. Spinraza would increase the production of SMN protein and ideally help to slow or stop the progression of the disease. The medication, however, costs $750,000 for the first series of injections and likely $375,000 annually for regular doses.

How commonly is SMA diagnosed later in life?

Because SMA is a childhood disease, only very mild and rare forms present after a person reaches their twenties or thirties. Usually the same symptoms might be present but as a result of another disease.

I have a family member with SMA. What should I do? 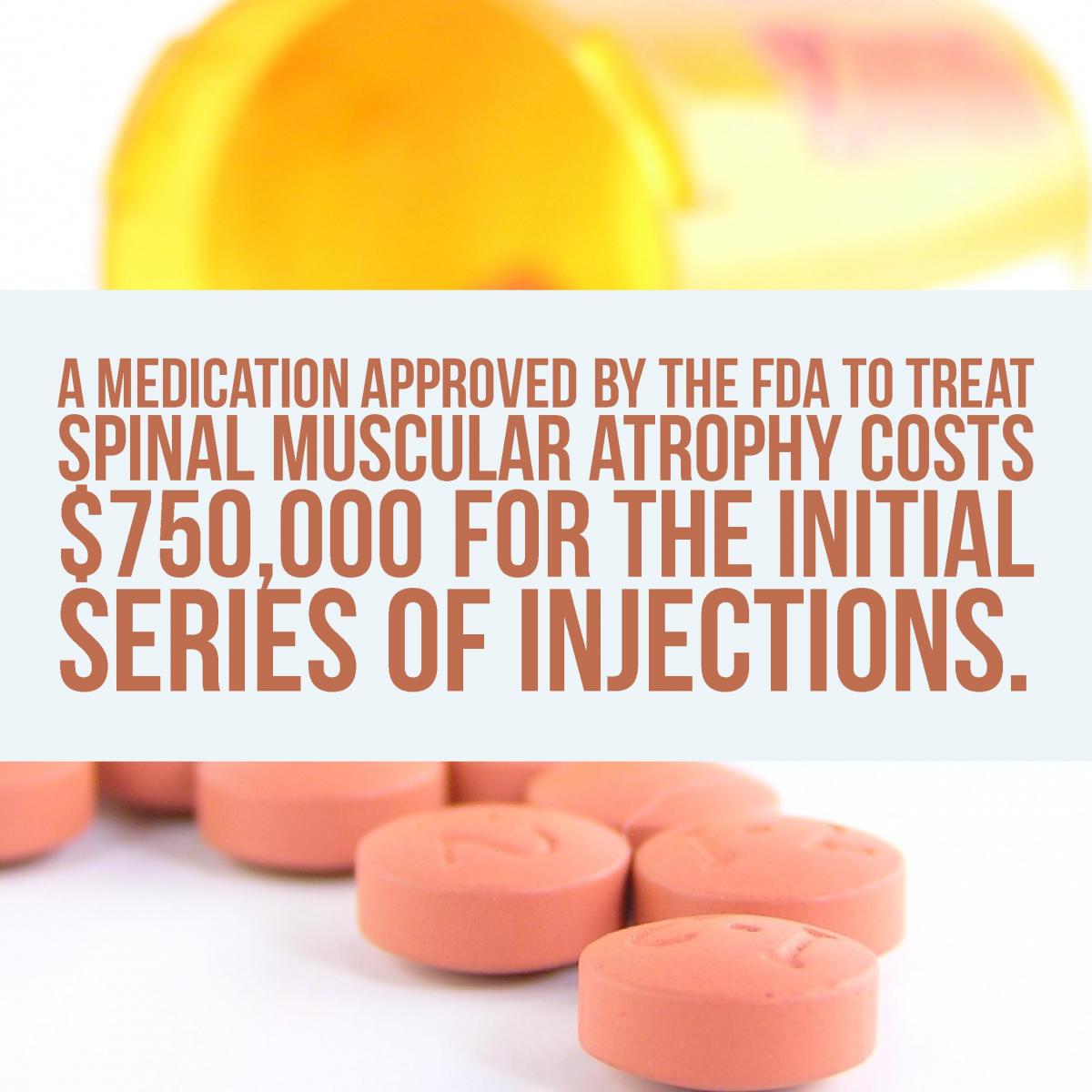 If you are planning to have children, you can discuss testing with your doctor to see if you are a carrier of the SMA defect.
If you are looking for a way to help, the Muscular Dystrophy Association (MDA) is a non-profit organization that funds research, education, and treatment for people affected with SMA and other muscular dystrophies. They are the first non-profit to receive a Lifetime Achievement Award from the American Medical Association for “significant and lasting contributions to the health and welfare of humanity.”  They can be found at www.mda.org.