Caffeine: Should We Quit? 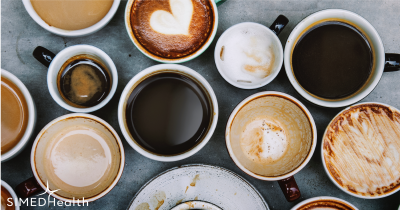 Ah, caffeine. The substance we all love to love. March is Caffeine Awareness Month and with 54% of Americans over the age of 18 consuming caffeine on a daily basis, awareness is important. We talked to Dr. David Lefkowitz about the good and bad effects of caffeine.

How Does Caffeine Work?

Caffeine is a compound in the stimulant class. It works on certain receptors in your nervous system to cause the effects we discuss in the questions below.  It is the most widely consumed stimulant in the world, the reasons for which are a multitude.  It is relatively cheap, its effects help us perform and feel less tired, and it is found in drinks that billions of people enjoy every day: coffee, tea, and soda.

What Are Some Of The Good Effects Of Caffeine?

Caffeine is most beloved for its ability to enhance mental performance including alertness, arousal, and focus. It is also known to lessen the drowsiness that comes from lack of sleep.  This is why so many people enjoy a morning cup of coffee (or tea).  It can also be useful for treating headaches (in fact it is an ingredient in some headache medicines).  There are other possible benefits of caffeine (such as protecting the liver or reducing the risk of Parkinson’s Disease), but the studies are not clear on this and so more research would need to be done for us to know if this were factual or not.

What Are Some Of The Bad Effects Of Caffeine?

Consuming high levels of caffeine can be associated with negative short-term effects, including anxiety, tremors, elevated blood pressure, and insomnia.  A high level would be more than 400mg of caffeine a day. For reference, an average cup of coffee has ~100mg of caffeine, a 12oz Coke has ~35mg caffeine, and an 8.3oz Red Bull has ~80mg caffeine.  Also, taking in too much caffeine can cause arrhythmias (irregular heart rhythms) and, paradoxically, can actually cause headaches.  Yes, I know earlier I said that we use caffeine to treat headaches, but its use can also cause them. In fact, the number one side effect of caffeine withdrawal are headaches.

If Someone Wants To Cut Back On Their Caffeine Intake, What Is A Healthy Way For Them To Make That Happen?

Cutting back on caffeine can be tricky because caffeine withdrawal is a real thing. Again, headaches are the main side effect reported, but people also complain of fatigue, irritability, and depressed mood.  If you want to cut back or need to cut back (for example in pregnancy it is recommended to consume no more than 200mg of caffeine per day), I would suggest gradually decreasing your consumption over one to two weeks.  If you do go through caffeine withdrawal, it will typically last less than ten days. However, if you “wean” yourself down slowly you really shouldn’t have much of a problem.

Dr. Lefkowitz is a primary care physician, and to make an appointment with him click here.