Do You Know What Happens During A Seizure? 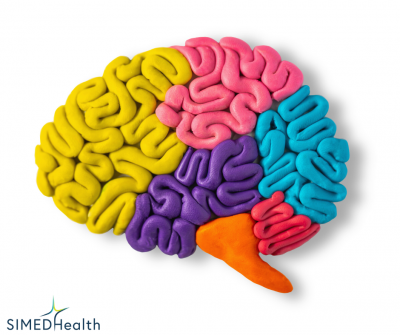 More than 200,000 people are diagnosed with epilepsy every year in the United States. November is Epilepsy Awareness Month, and we talked to SIMEDHealth Neurologist Dr. Kraiyuth Vongxaiburana (“Dr. Vong”) about epilepsy and what treatment options are available for patients.

Epilepsy is a neurological disorder that causes reoccurring unprovoked seizures. Unprovoked seizures are those not triggered by an apparent metabolic abnormality. A patient is diagnosed if they have more than two seizures in 24 hours, or they've had one unprovoked seizure, with the risk of another seizure is more than 60% over the next ten years. Dr. Vong says, "Electroencephalogram (EEG) and MRI tests along with the history of the first seizure help determine the risk of having recurrent seizures. Persons having a seizure that was triggered by a source such as extreme hypoglycemia, drug abuse, or low sodium levels, had a provoked seizure, and this patient isn't diagnosed."

2. What is a seizure, and what happens during it?

Dr. Vong explains, "A seizure is an abnormal, excessive surge of electrical discharges in the brain that disrupt normal brain wave patterns. There are several types of seizures, but the main types are generalized tonic-clonic seizures and complex partial seizures."

During a generalized tonic-clonic seizure, abnormal electrical activity affects both sides of the brain. The person will typically lose consciousness, become stiff, and then start to shake. The seizure can last a minute or two. The person can bite their tongue, experience urinary incontinence, and be very confused for a few minutes after the seizure.

During a complex partial seizure, the abnormal electrical activity is localized to only a portion of the brain. These seizures are much more challenging to spot. "For example, a person could lose focus, and appear awake but not respond to external stimuli appropriately. They also might talk or move without conscious thought or intention. The patient may make repetitive movements with their mouth or hands, fiddle with their clothes or the buttons on their clothing, or smack their lips. A complex partial seizure typically lasts a couple of minutes but may last longer.", says Dr. Vong.

3. What are the causes of epilepsy?

In many cases, the cause remains elusive. Dr. Vong states, "In older patients, a previous stroke may be the source of their epilepsy. Other reasons could be an abnormal collection of blood vessels, congenital brain abnormalities, brain tumors, or scarring or loss of neurons in the temporal lobe. A history of head trauma with loss of consciousness also may predispose someone to have seizures. Genetics also play a role. If a parent has idiopathic epilepsy, there is about a 10% chance that their child will also have epilepsy."

4. There is no cure for epilepsy, so what can doctors do for patients with this disorder?

Patients are treated with antiepileptic drugs. Medications decrease the risk of future seizures. "Typically, around 60-70 percent of patients will remain seizure-free on antiepileptic drugs.", says Dr. Vong. In those patients with intractable epilepsy or epilepsy that isn't controlled with medications, a portion of those patients may be surgery candidates. For instance, if it is determined a patient's seizure originates from only one part of their brain, it may be possible that removing that part of their brain might cure their epilepsy or at least reduce the frequency of their seizures.

5. Are there long-term effects of seizures on the brain? If so, what are they?

Dr. Vong says, "Some patients may have a few seizures per year, and their cognition may be unaffected. However, in some patients, repeated seizures can lead to worse memory and cognition. One particularly troubling complication of epilepsy is status epilepticus." Status epilepticus is seizure activity that lasts for more than 30 minutes. Status epilepticus is a medical emergency and can lead to permanent brain damage or death. Forty-two thousand deaths per year may be due to status epilepticus. If someone has a new-onset seizure or if someone with known epilepsy has a convulsion that lasts for more than 5 minutes, then they should be taken to the hospital immediately.

"Another rare complication of epilepsy is SUDEP, Sudden Unexpected Death of Someone with Epilepsy.", Dr. Vong explains the cause of SUDEP is unknown though some feel that a seizure may trigger a cardiac arrhythmia leading to the sudden death. Luckily, SUDEP is relatively rare as it occurs in only about 1 in 1,000 epileptic patients.

If you want to learn more about epilepsy and treatment options, click here to schedule an appointment with Dr. Vong.