Is the Pneumonia Vaccine Right For You? 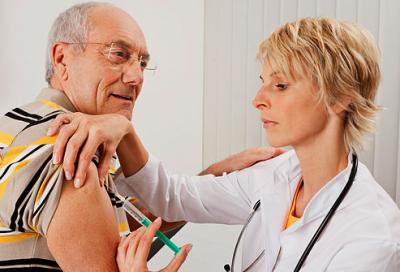 "People age 65 and older should get two separate vaccines to protect against pneumonia and other infections, a change of decades-old advice, according to new health guidelines.

An advisory panel to the U.S. Centers for Disease Control and Prevention recently recommended that people get a second vaccine, called Prevnar 13, because of limitations with the older shot, called Pneumovax 23." (WSJ, Sept 1, 2014)

We ask SIMED Pulmonology physician Jorge Camacho, MD to touch base on the new indications for pneumonia vaccine (Prevnar 13) and what that might mean to you or your loved ones.

Pneumococcal infections including pneumonia and meningitis are common and up until recently the only vaccine recommended for adults was the PPSV23.

Starting in 2014 the United States Advisory Committee on Immunization practices recommended a new pneumococcal vaccine known as PCV13 with the commercial name of Prevnar 13.
This type of vaccine has been shown to be very effective in preventing invasive pneumococcal infections in children causing a dramatic decrease in that type of infections. Randomized trials were done in adults finding the vaccine to be highly effective as well, because of that the recommendations changed.
The current recommendation is to vaccinate every adult above the age of 65 with the 2 available vaccines. The Prevnar 13 vaccine should be given first followed by the PPSV23 6 to 12 months later.  In those who have already received PPSV23, at least one year should elapse before they are given Prevnar 13.

There is no revaccination necessary with Prevnar13.

Prevnar 13 is not recommended for healthy adults below 65 years of age who do not have a specific risk factor for pneumococcal infection."

For more information on whether you should get the immunization, please contact your SIMED provider.